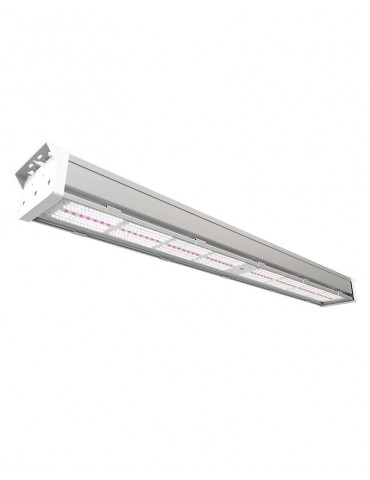 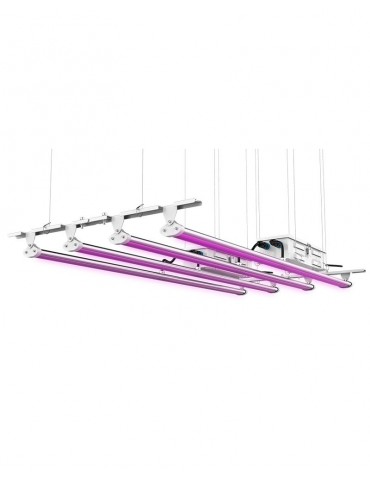 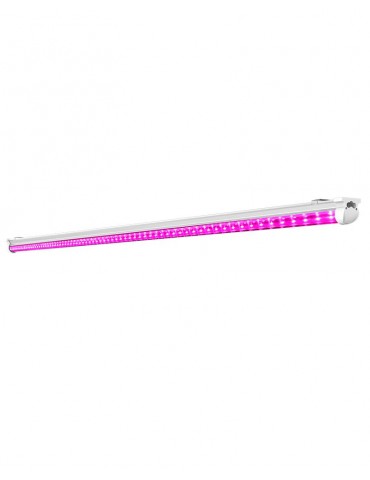 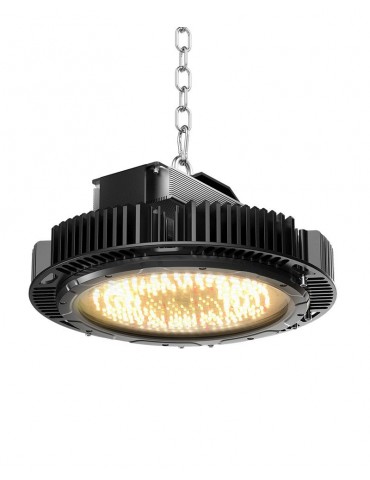 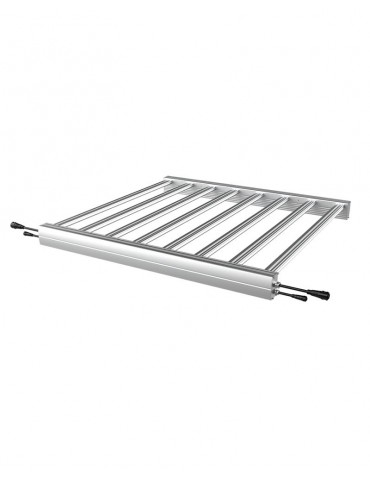 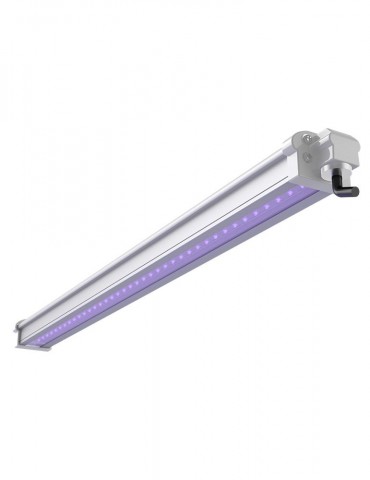 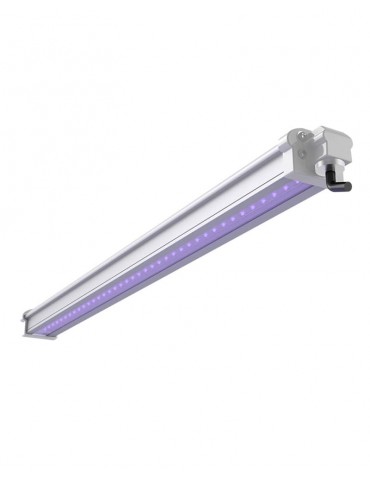 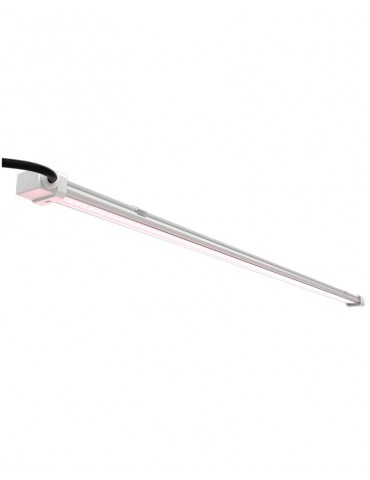 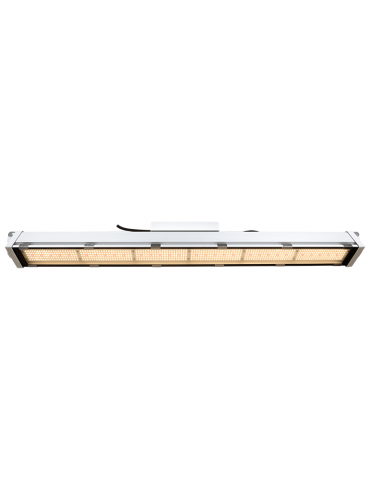 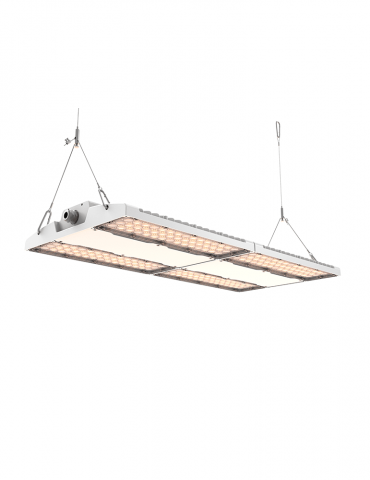 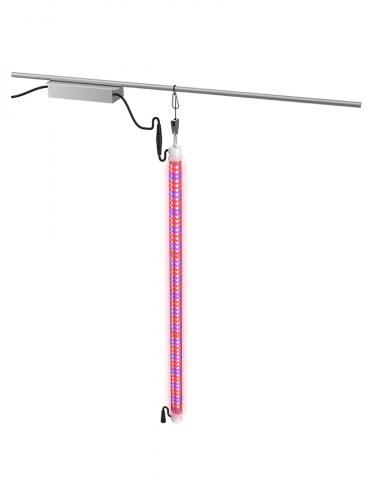 In this article we will know different formats of LED luminaires for indoor cultivation and the different spectra of light color that favor the production of cannabis with led lamps.

The different models of LED luminaires for cannabis cultivation that we have will be useful depending on the space that we will allocate to indoor cultivation. The size of the cultivation cabinet, and its height, is an important fact when choosing the lighting for your crop.

It will also be important to know the cultivation technique for cannabis that we are going to use: scrog cultivation, self-flowering, photo-dependent, etc. 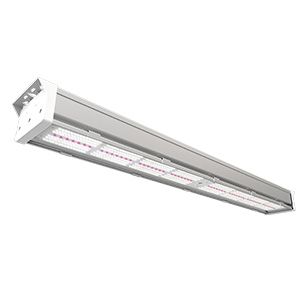 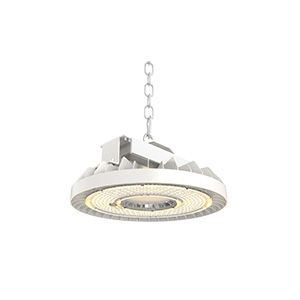 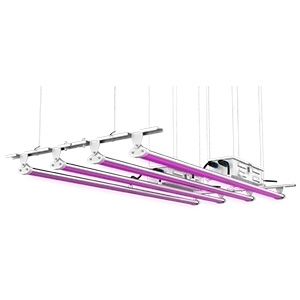 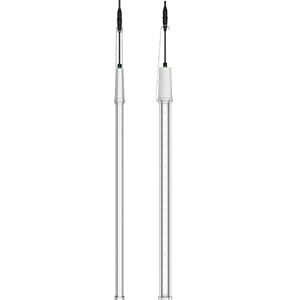 Our linear LED projector for AGRO-K cultivation of cannabis has a length of 1.2 meters, with a light beam opening of 120 °, this led spotlight for cannabis is specially designed for indoor cabinets of more than 1.2 meters x 1.2 meters size. Also for large indoor cannabis productive spaces.

Our circular LED spotlight for cannabis AGRO-C, is a LED high bay for cultivation with the format of an industrial LED spotlight, this greatly reduces its size, maintaining its high power. Thanks to this reduction in size, it can be installed both in small grow cabinets and in large indoor cannabis production spaces.

Our modular LED spotlights for cannabis AGRO-M, are a set of narrow profile linear LED luminaires, grouped in a four-element module. The driver box is separated from the light emitting body, which allows it to be installed outside the growing space.

Its narrow profile also allows it to be installed in spaces with low height, such as germinators, propagators. In spaces of greater height, its light emitting surface of 1.14 x 0.6 meters almost does not emit heat, which makes it a LED spot to grow cannabis where we want to bring the light emitter very close to the foliage of plants, and project the maximum possible intensity on the leaves.

Our LED lamp for cannabis AGRO-V is a bifocal LED luminaire for vertical cultivation.

This innovative LED lamp for cannabis can modify its color spectrum, when its secondary line is fed, the emission of light at 730nm is reinforced, simulating the sunset and exciting the far-infrared photo-receiver (Pfr) of the phytochrome, which stimulates The flowering process.

It can light two rows of cannabis plants at the same time and does not damage the green leaves. Its vertical installation facilitates the penetration of light below the upper canopy of the plant, being a cannabis plant reinforcement solution of considerable height.

HOW ‘FEED’ THE LED LIGHT TO YOUR CANNABIS PLANTS 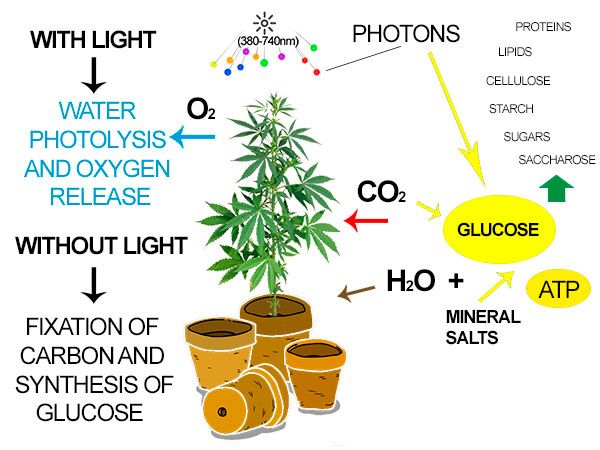 DO NOT CONFUSE LUMEN (lm) WITH MICROMOL (µ)

The intensity of the light of a led lamp in the lighting for the use of people is measured in lumens, it is a unit of measurement that is based on the frequencies of light perceived by the human eye. The light intensity of a led lamp in the lighting of cannabis plants is measured in micromol of photons, and is the amount of photons that impact the cannabis plant.

A micromol groups the amount of 602,200,000,000,000,000 photons. If you read correctly… 6.022 x 1017! These energy-charged particles will be responsible for stimulating the photo-receptors of your cannabis plants, through photosynthesis, less than 50 photons are needed to produce a glucose molecule.

To express the luminous flux of a led bulb for the culture or density of flow, the measurement is given in micromol of photons in one second per square meter or PPFD (Flow density of photosynthetic photons).

The cannabis plants that more photons are able to take advantage of are Sativas at a ratio of 1500 μmol / m2 / s, while indica plants require less, between 1000-1200 μmol / m2 / s. Therefore over-exposing your cannabis plants to higher levels of light density is not the most interesting, it is better to lower the power or increase the distance of the LED luminaire to increase the square meters of your indoor crop and therefore increase the gram per watt of electrical energy consumed.

There are complementary techniques to take advantage of higher levels of photon density in indoor crops: higher temperature (between 28 - 30ºC), higher humidity (between 70 - 80%) and higher CO2 level (between 1000-1200ppm).

Cannabis plants are stimulated by light frequencies in the range of 390 to 730 nanometers (nm), this is called PAR (active photosynthetic radiation). Each light frequency activates different photo receivers:

The chlorophyll A and B of cannabis absorbs UV, blue and red light, is the main pigment of cannabis, and reflects the green light. Chlorophyll serves a vector that the plant uses to intercept the photons and boost photosynthesis. In this process the energy of the photons is transformed into chemical energy.

Cannabis carotenoids absorb blue and green light, playing their vital role through the process of energy transfer, or protecting the reaction center against self-oxidation.

Our LED luminaires for cannabis cultivation are designed to give maximum performance according to the color spectrum of the light we choose.

FREQUENCIES OF THE COLOR OF LIGHT THAT BENEFITS TO CANNABIS

• 380 nm: UVA influences the flowering of marijuana, the quality and quantity of cannabinoids and terpenes synthesized are determined among other factors by UV rays.

• 390-400 nm: Absorption of photons by the chlorophyll of marijuana.

• 400-490 nm: From violet and blue, where the maximum level of photon absorption by marijuana chlorophyll is given, it is the most important range for vegetative growth.

• 490-610 nm: Includes green, yellow and orange, the marijuana plant has little absorption, but the canopy of the cannabis plant penetrates better.

• 610-720 nm: The red spectrum, where the marijuana plant produces high photon absorption. This color promotes the quality and quantity of the flowering of your marijuana.

• 720-740 nm: Infrared or far red, with low chlorophyll absorption of marijuana, but with influence on flowering and germination.

ALL IN ONE FOCUSED LED

‘THE SPECTRUM P17 FOR CANNABIS’

The light produced by these led lamps for cannabis cultivation with the P17 spectrum implements SMD LED emitters at 390nm and 730nm, matching the LEC lighting in color composition. This helps to multiply the productive performance, by producing UV and infrared rays just like the sun produces.

These light frequencies are very important when it comes to exciting the production of trichomes and terpenes.

The P17 light spectrum of these led spotlight for cannabis cultivation has a maximum intensity at 400nm which provides a beneficial photomorphogenic response, which combined with a balance of the green component better penetrates the plant canopy reducing stress and increasing the nutrient assimilation.

SPOTLIGHT FOR THE MARIHUANA

‘THE SPECTRUM P02 POWER THE GROWTH’ 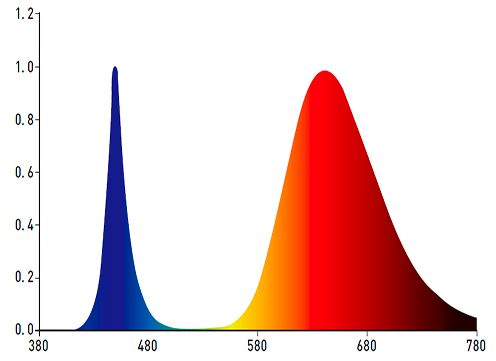 The The LED spotlight AGRO-C P02 for the cultivation of cannabis has been designed to be able to keep the cannabis plant in an explosive vegetative process, it has its maximum intensity in the blue component (450nm) promoting the metabolism of the plant, which together to its red component it facilitates the germination, and development of the roots. 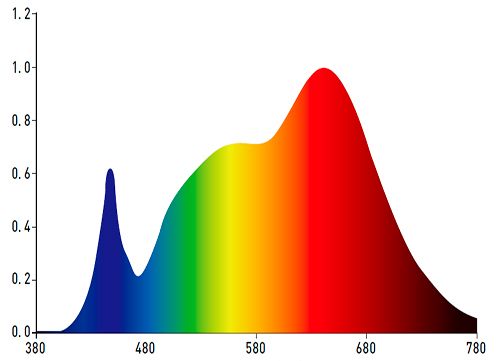 The LED spotlight AGRO-C P27 LED spotlight for cultivation reduces the amount of blue compounds and maximizes red light, also carries greater balance of green light that allows it to penetrate much below the upper foliage of the cannabis plant, promoting photosynthesis in all steps, from propagation to flowering. 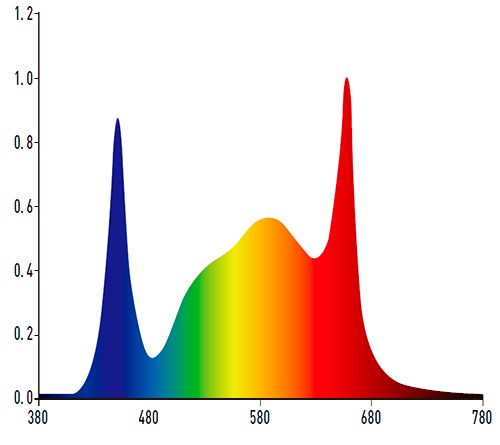 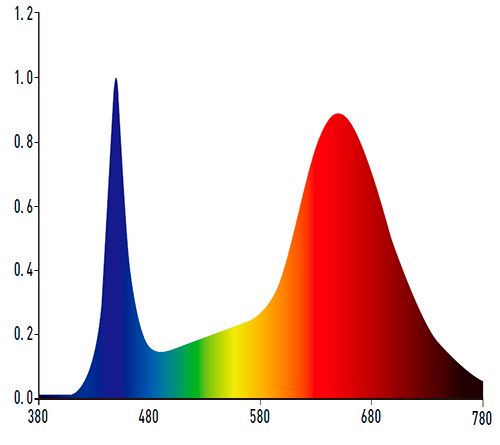 The AGRO-M P27 LED spotlight for cultivation is LED lighting with high levels of PPFD, due to these high levels it is ideal where we provide CO2 (800 / 1400ppm), so that the cannabis plant can absorb this large amount of photons produced by the luminaire.

A led spotlight for cultivation with two spectra of light color with slight differences, which will allow you to get those nuances that the most sybarite growers look for.

The AGRO-V LED spotlight for cannabis cultivation can be used as reinforcement lighting in production of SATIVA varieties, when installed vertically and illuminating the plant at its full height. This led lamp for cannabis cultivation is available in two light spectra. The AGRO-V LED luminaire allows, through the supply of a secondary line, to activate the emission of light at 730nm (far red spectrum), which promotes the flowering and production of sugars.

It does not produce light emission in the green spectrum, concentrates all its energy in the production of blue and red light (growth and flowering) or only red (flowering), making it especially attractive to increase production in indoor crops with tall plants or to vertical hydroponic indoor cultivation. 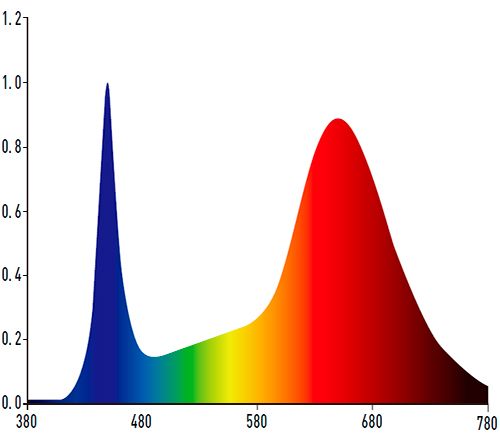 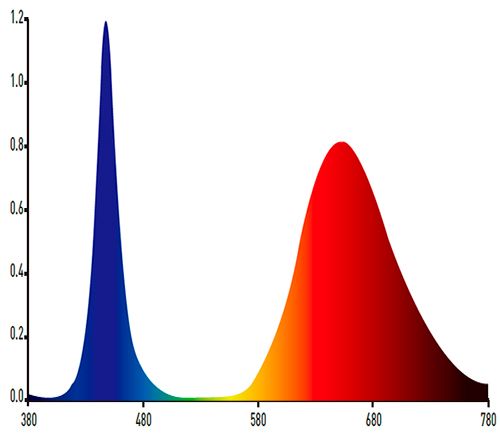 The AGRO-T LED Tube for cannabis cultivation can be used as lighting for germination and propagation, due to its low light density per cm2 of surface of the led tube will not damage the plants and may be close to them. The two available light spectra of the led tube for cannabis maximize the blue component, with its maximum intensity at 450nm essential for vegetative growth, also the essential red component for germination and root growth. NHowever, according to the experiences of each grower, in one of the led tubes for cannabis we have maintained a certain balance of green light, for a better penetration of the plant.

MORE DETAILs ABOUT OUR LED LUMINAIRES 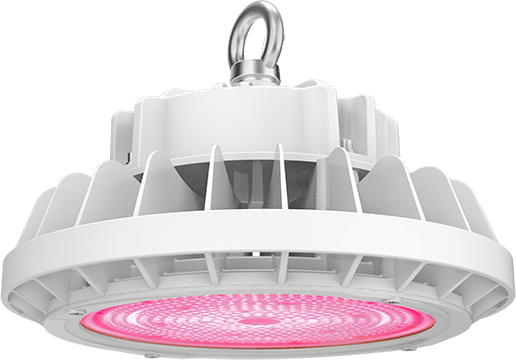